Should Weddings Come with a Warning Label? – Part I

Home Child Support Should Weddings Come with a Warning Label? – Part I

Should Weddings Come with a Warning Label? – Part I 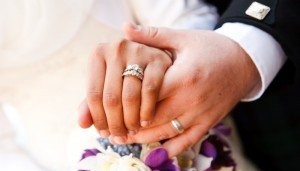 As a divorce lawyer for more years than I would like to admit, I’ve had occasion to have many new client consultations with people considering or being faced with a divorce.  These consultations usually take an hour and a half to two hours and are spent covering the waterfront of New York matrimonial law in general and as related to the client’s circumstances.  I enjoy these consultations because they are opportunities for me to answer questions and to explain New York’s view of marriage and divorce.  I’d like to think that at the end of the meeting, if nothing else, the client leaves my office more educated on the law, process and procedure of a New York divorce or family law matter.

Following these consultations, it has often occurred to me that, somewhere along the way, someone should have sat down with the couple before they walked down the aisle, to give them some guidance on divorce law so that they can enter marriage with their eyes wide open.  Heck, if you go to Disney World and wait an hour on a line to get on a popular ride, you are often warned that the ride involves bumps and gyrations and is not for the squeamish.  I’ve yet to see a similar warning sign anywhere near a church, temple or catering hall.

While I like to think of myself as at least a bit romantic, let’s face it:most statistics point to the simple fact that between 40 and 50% of all marriages end in divorce or separation.  That percentage increases if either spouse was previously married or even if they had parents who divorced.  As was printed once in the Paul Harvey News, if there is a 50-50 chance that something can go wrong, 9 times out of 10 it will.  So the simple fact is that many marriages that start out happy will not end that way.

While not at all all-encompassing, it occurs to me it might be helpful for folks about to tie the knot to get a bit of an education before exchanging vows.  Here’s what I think people contemplating marriage need to know before the rice flies (just in case):

This means that if a divorce proceeding is commenced down the road, the party arguing that assets are not marital and are “separate property” and are not subject to the divorce court’s slicing and dicing, will have to prove it.  More on this in a later post, but proving something is separate property is not always easy, or even possible, even if “everybody knows” it’s separate property.

So if you buy a house in a single spouse’s name and a divorce comes along, the house is considered marital property.  Likewise, if you open up a bank account during the marriage, regardless of whose name is on it or who funded the account, it is presumed to be marital.

If you own something before you get married, it is generally deemed separate property, but if you add value to it during the marriage, or if you use marital funds to maintain or improve it, the increased value may be viewed as being marital….

Forget about everything you may have heard at the bar, nail salon or gym, the Courts don’t always divide things in half, even in a long-term marriage.  You want equal division? Sign a prenuptial agreement or make sure to get divorced in a community property state.  In New York, the Court has a significant amount of discretion on how it divides marital property.

To be continued….  Join me next time for more on the nuances of nuptials in New York. 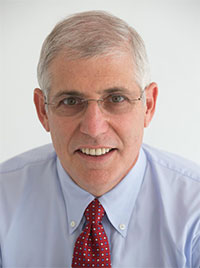